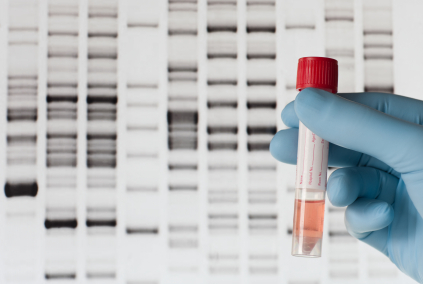 In June of 2013, the United State Supreme Court in a close vote of 5 to 4 ruled that collecting the DNA of a person arrested (prior to trial) for a serious offense was not an unreasonable search and seizure and did not require a warrant or particularized suspicion of a separate crime.

In the case of Maryland v. King, King was arrested in 2009 for a first and second degree assault for pointing a shotgun at a group of people.  While being processed into the local jail, his cheek was swabbed for a DNA sample.  Three weeks later, King’s DNA was run through a database and it matched the DNA in an unsolved 2003 rape case.  King was arrested, tried and convicted of the 2003 rape. 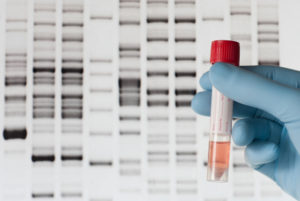 The U.S. Supreme Court ruled 5-to-4 to allow police to take DNA and send those samples to a national crime scene database, to see if they match DNA from unsolved crimes.

King sought to have the evidence of his DNA collected during his 2009 arrest, which connected him to the 2003 case, thrown out and his conviction for the 2003 rape be reversed.  King argued that the evidence was obtained through an unreasonable search of his body in violation of the Fourth Amendment to the U.S. Constitution.

The Supreme Court ruled that when arresting someone for a serious offense supported by probable cause for the arrest, DNA collection is a legitimate police booking procedure similar to fingerprinting and photographing and is reasonable under the Fourth Amendment.

The taking of DNA was clearly a search for purposes of the Constitution, but the issue was whether the search was unreasonable.

In looking at reasonableness, the Supreme Court found it important that the DNA collection was quick and painless, required no incision beneath the skin and posed no health or safety issues to the arrestee.

According to the Court, the benefits of properly identifying the arrestee via DNA were:

(1) ˜The government has an interest in properly identifying “who has been arrested and who is being tried.(Citation removed) Criminal history is critical to officers who are processing a suspect for detention. They already seek identity information through routine and accepted means: comparing booking photographs to sketch artists’ depictions, showing mugshots to potential witnesses, and comparing fingerprints against electronic databases of known criminals and unsolved crimes. The only difference between DNA analysis and fingerprint databases is the unparalleled accuracy DNA provides. DNA is another metric of identification used to connect the arrestee with his or her public persona, as reflected in records of his or her actions that are available to the police.

(2) ˜Officers must ensure that the custody of an arrestee does not create inordinate “risks for facility staff, for the existing detainee population, and for a new detainee.” (Ciation removed.) DNA allows officers to know the type of person being detained.

(3) ˜The Government has a substantial interest in ensuring that persons accused of crimes are available for trials.” (Citation removed.) An arrestee may be more inclined to flee if he thinks that continued contact with the criminal justice system may expose another serious offense.

(4) ˜An arrestee’s past conduct is essential to assessing the danger he poses to the public, which will inform a court’s bail determination. Knowing that the defendant is wanted for a previous violent crime based on DNA identification may be especially probative in this regard.’

(5) ˜In the interests of justice, identifying an arrestee as the perpetrator of some heinous crime may have the salutary effect of freeing a person wrongfully imprisoned.

What is a Serious Offense?

Future court rulings in lower Federal Courts and State Supreme Courts will likely define serious offense for that particular jurisdiction.   It will likely mean any felony.  This means felony drug cases, felony shoplifting, felony theft, as well as rape, murder and robbery, etc.  However, it is possible that serious offense could also mean only serious felonies like rape, armed robbery, murder, etc. and not all felonies.

In a passionate Dissent, Justice Scalia broke from the traditional ˜conservative wing of the Court and sided with the ˜liberal wing using his standard ˜strict construction interpretation of the Fourth Amendment and the meaning of a ˜search.

Justice Scalia argued: ˜The Fourth Amendment forbids searching a person for evidence of a crime when there is no basis for believing the person is guilty of the crime or is in possession of incriminating evidence. That prohibition is categorical and without exception; it lies at the very heart of the Fourth Amendment.

Scalia also argued that the Majority was essentially authorizing a general warrant, which gives law enforcement too much power and discretion.  Further, Scalia pointed out that the DNA collection was not for identification, but clearly was for the purpose of criminal investigation and that the Majority’s assertion to the contrary taxes the credulity of the credulous.

In 2011 and 2013 bills were introduced into the Georgia Legislature to allow for the collection of DNA from those arrested for a felony.  In 2011, House Bill 288 (HB 288) called for DNA to be collected as a condition of bail for certain serious felony offenses prior to conviction.  HB 288 did not make it to a vote and died after House Second Readers.

Likewise, in 2011, Senate Bill 80 (SB 80) was introduced to allow for DNA collection of a person arrested for a felony offense if there was a subsequent find of probable cause.  SB 80’s pre-conviction DNA collection raised constitutional concerns, so the bill was eventually amended to apply only to DNA collection after a conviction, not just an arrest or a finding of probable cause after arrest.  SB 80 was passed and signed into current Georgia Law that allows post-conviction DNA collection of felons.  (The concerns in 2011 were the same concerns the United States Supreme Court deemed as not a violation of the Constitution in 2013.)

In 2014, there will certainly be at least one bill similar to 2011’s SB 80 and 2013’s SB 135 introduced in the Georgia Legislature making it the law in Georgia to have all of Georgia’s felony arrestees submit to a DNA collection.

The 2014 Georgia Law will likely be constitutional under Maryland v. King, but will be challenged in the Georgia Supreme Court to make sure it is valid under the Georgia Constitution, not just the U.S. Constitution.

What if the person is found Not Guilty?

It is likely that a new law will have a provision to remove or expunge the DNA sample from the database if the defendant is found Not Guilty.  SB 80 and SB 135 had such provisions.

According to some media reports, the Georgia Bureau of Investigation anticipates the cost of the additional DNA collection to be $3.5 million.  This cost will likely be budgeted at the State level, and not the local county or city level.

We hope that this article has helped explain this important legal development.

Georgia Criminal Defense Attorney, Anne Bishop, welcomes questions on Criminal Defense and Georgia DUI laws. Please Call or Email us about any questions you may have about GA DUI laws in Georgia and please remember your initial consultation is free of charge.

This article and/or video should not be considered nor relied upon as legal advice since it is only intended for general overview and informational purposes. Please consult with an attorney on your specific situation in order to determine an appropriate legal course of action.